With time going by, the demand for Object Storage Service (OSS) has gradually increased. MinIO is an open source OSS system that supports deployment in the clouds. MinIO is fully compatible with AWS S3 protocol and also supports as a gateway to S3, so it is widely used around the world and has 25k stars on Github.

I used to deploy some data in MinIO and use it in CI, Dockerfile and other places. I would like to talk about a pentest story that I encountered last week.

On the beginning of the story, here were what I knew:

Although there is no specific goal for this pentest, I just set myself a goal: to steal the data in MinIO or pwn it.

let's learn about MinIO first. It is developed using Golang, provides an HTTP interface, and also provides a front-end page called "MinIO Browser". But you can not use it without authenticated.

When User-Agent matches the .*Mozilla.*, users can access the front-end interface of MinIO, which is a JsonRPC implemented by themselves: 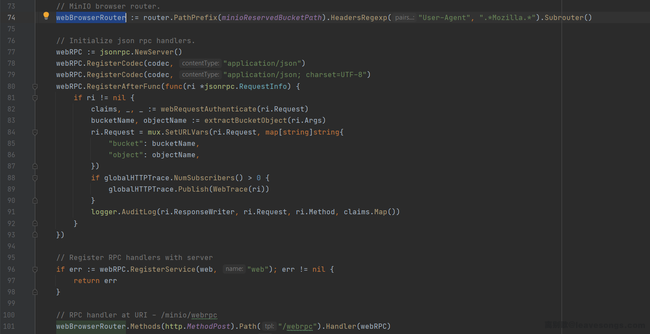 What make me interesting is the authenticated. I saw a method webRequestAuthenticate at the beginning of most RPC interfaces, which is a JWT (JSON Web Token) wrapper: 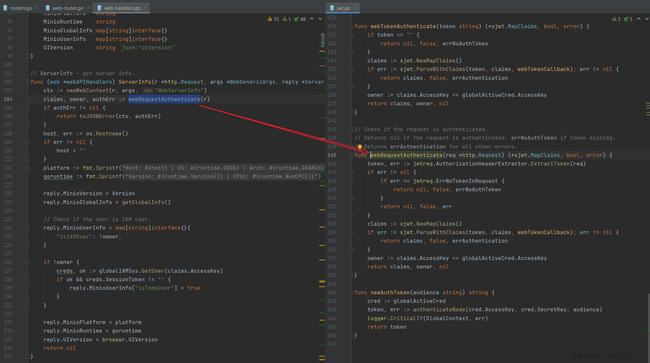 Some common attack methods of JWT is:

Looking at the JWT logical of MinIO, I found that the alg is verified, and only the following three signature methods are allowed: 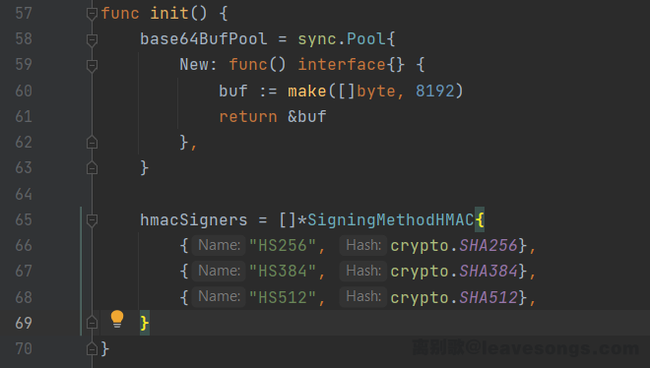 So the method 1 and 2 is unused, blasting is also not a good way for this case too.

Continue to read the code, soon I found an interface, LoginSTS. This interface is actually a proxy of the AWS STS login interface, which is used to convert the request sent to JsonRPC into STS and forward it to the local 9000 port (in fact, it is itself).

No authentication bypass problem was found, but I found another interesting bug. In order to forward the request to "itself", MinIO obtains "own address" from the Host header sent by the user, and uses it as the Host to construct a new URL.

What's wrong with this function?

Because the request header is sent by user, any Host can be constructed here to perform an SSRF attack.

My Ncat received the request:

I confirmed that it is a unauthenticated SSRF.

This one is a POST request, but neither Path nor Body can be controlled. All I can control is a parameter WebIdentityToken in the URL, but this parameter is URL-encoded, any other special characters such as line breaks cannot be injected.

This is mean that the vulnerability can only be used to scan ports, it is not what I want.

Fortunately, Golang's default http library will follow 302 redirects, regardless of whether it is a GET or POST request. Therefore, I can use a 302 redirect here to "Upgrade" the SSRF vulnerability.

Use PHP to simply make a 302 response:

Save and serve it to index.php:

Change the Host header to this PHP server address. In this way, after a 302 redirect I got a GET request that can control the complete URL:

After got this restrict-less GET SSRF, combined with my previous understanding of this service, I can try to attack port 2375 of the Docker cluster.

2375 is the default interface of Docker API, it uses HTTP protocol to communicate. So, can I attack this interface through SSRF? I was unsure.

Refer to this article, it is able to use docker run or docker exec to execute arbitrary commands in an unauthentication docker API. But looking through the Docker documentation, the requests for these two operations are POST /containers/create and POST /containers/{id}/exec.

Both APIs are POST requests, but the SSRF I have is a GET request. I still cannot use this SSRF vulnerability to attack.

Do you remember how I got this GET SSRF? Of course, redirects through 302 response, and the first request is a POST one, although I can't directly use this POST request because its URL is uncontrollable.

Then, how to craft a fully controllable POST request?

The 307 (Temporary Redirect) status code indicates that the target resource resides temporarily under a different URI and the user agent MUST NOT change the request method if it performs an automatic redirection to that URI.

The characteristic of 307 redirect is that it will not change the original request method, that is, when the server returns the 307 status code, the client will send a request of the same method according to the address pointed to by Location header.

I can use this feature to get a fully controllable POST request.

Going back to the Docker API, I found that it is still impossible to use the docker run and docker exec APIs. The reason is that both APIs need to transmit JSON format parameters in the request body, and our SSRF's body is empty.

Going through the Docker documentation, I found another API, Build an image: 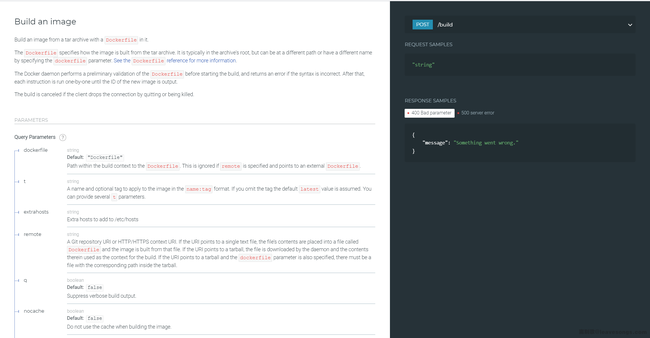 Most of the parameters of this API are query parameters, which I can control from URL. Read the options and find that it can accept a parameter named remote, the description is:

In other words, the Docker API supports building a image by specifying a remote URL without a local Dockerfile.

So, I tried to write such a Dockerfile to see if I can build a image. If I can, my 4444 port should be able to receive a Wget request:

Updated the index.php to point to this API:

Wait for a minute, I received a expected request:

Now, I can execute arbitrary commands in a new container, no more restrict.

At this time, I was a little bit close to my goal, MinIO.

Because I can execute arbitrary commands now, I will no longer be restricted by SSRF vulnerabilities, I am able to get a reverse shell or send arbitrary request to the Docker API to control the container directly.

What this script does is simple. One is to traverse all the containers to find the container id, and use the exec API to execute the reverse shell command in it.

Finally successfully got the shell of the MinIO container:

Of course, I can also attack cluster through the Docker API, which is beyond the scope of this article.

This pentest tour started from the 9000 port of a MinIO. Through code review, a SSRF vulnerability of MinIO was discovered, and this vulnerability was used to attack the Docker API of the Intranet. Finally, the permissions of MinIO container were lost.

The SSRF vulnerability mentioned in this article has been fixed rapidly, here is the timeline: 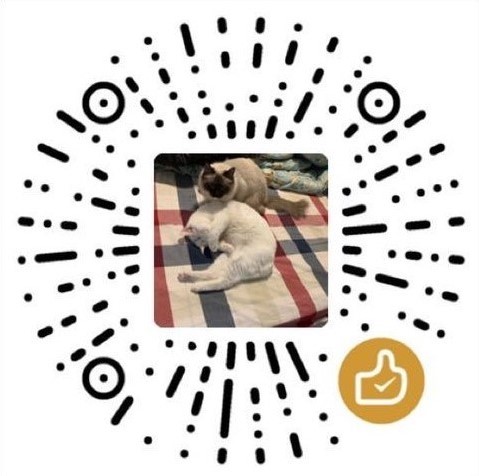